Matt Steigerwald, owner and chef of the Lincoln Cafe in Mount Vernon, has retained his title as the Midwest region's “Prince of Porc” after winning the Cochon 555 competition for the second straight year.

The Midwest regional was held April 24 at the Hotel Fort Des Moines in Des Moines. Cochon means "pig" in French. The competition features five chefs, five pigs and five winemakers in 10 cities. The chefs are challenged to use a whole pig to create a series of dishes.

The winners of each city will compete at Grand Cochon during the Food & Wine Classic in Aspen, Colo., on June 18-22.

“I'm excited about going (to Aspen),” Steigerwald says. “It will be a lot of fun, and we hope to put Mount Vernon on the map.”

Matt Steigerwald, owner and chef of The Lincoln Cafe in Mount Vernon, won the Cochon 555 competition in Des Moines for the second straight year. He advances to the Grand Cochon in Aspen, Colo. (Jim Slosiarek/The Gazette) 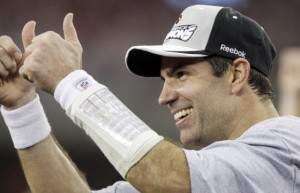