Three men badly hurt while on a concrete job in Peosta in August 2010 are suing the companies responsible for supplying and distributing the product that they say caused a devastating explosion that led to their injuries.

The Sherwin Williams, American Decorative Concrete Supply and Gierke-Robinson companies, “made the conscious decision to trade potential profits for the extreme misery and pain that they would inflict upon three young concrete workers, one of whom was a college student simply working a summer job,” according to the lawsuit filed this week in Johnson County District Court.

Brad Mahoney, 19, of Dyersville, Adam Conrad, 29, and Scott Conrad, 25, both of Delhi, were working for Distinctive Concrete to remodel a  basement at 16227 Bakely Lane in Peosta on Aug. 3, 2010, when the explosion occurred. They had mixed acetone with a “Dye-N-Seal” product to dye a basement floor based on instructions from Gierke-Robinson, which has an office in Johnson County, according to the lawsuit.

Although the basement was believed to be well-ventilated, the acetone mixture exploded “causing extreme and grave injury,” according to the lawsuit.

“The acetone caused a fire and explosion, which consumed the plaintiffs,” the lawsuit states. “The explosion caused extreme injury to the three plaintiffs, causing a lifetime of extreme pain and suffering, disfigurement, inability to work and several millions of dollars in medical bills.”

All three men were flown to the University of Iowa Hospitals and Clinics in Iowa City to be treated for their burns, authorities initially reported. A woman and three children were in the home at the time, but they escaped without any injuries.

Distinctive Concrete began using the acetone-based concrete dye in response to Gierke-Robinson and American Decorative Concrete's marketing. The workers mixed the dye with acetone to “obtain the desired result” at the companies' direction, the lawsuit states.

Distinctive Concrete had only recently started using the acetone-based product after Gierke-Robinson and American Decorative Concrete said it was safe to use on basement floors, according to the lawsuit.

The three men allege in the lawsuit that the companies should have foreseen their product would maim or kill workers if used in basements because acetone is heavier than air, will not quickly dissipate and can easily pool into explosive vapors.

“Alternative dyes existed on the market which, unlike acetone-based dyes, could safely be used in below grade areas, such as that used by Distinctive Concrete before it was persuaded by defendants to switch,” the lawsuit states.

The men are suing for negligence, product defect and breach of implied warranty. 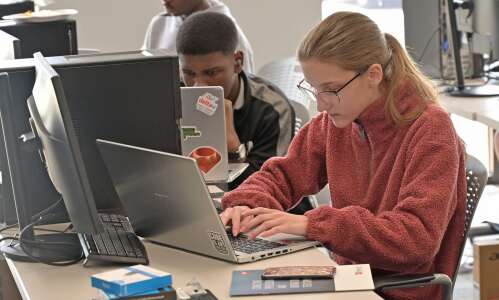