The crimes couldn't be more different.

The victims were of all ages, ethnicities and walks of life.

Geraldine Maggert, 25, was three months pregnant when she was beaten to death in the spring of 1968.

Vietnam veteran Dennis Chaffee, 33, was shot and killed in his Cedar Rapids home on July 17, 1983.

Jay Grahlman, 38, and his six-year-old daughter, Jaymie, were killed in a fire set at their Cedar Rapids home in the spring of 2003.

Now a team of retired investigators, working with Cedar Rapids Police Department volunteers, is reviewing those cases and others, looking for evidence, finding new leads.

We think that's a good move to help ensure all avenues toward justice for unsolved homicides are explored.

The team will work with other agencies, current Cedar Rapids investigators and the Linn County Attorney's Office to close the book on some of the department's 19 cold case homicide investigations.

Cedar Rapids Police Chief Greg Graham says he hopes the team will get to the bottom of all 19 unsolved cases. He admits it's a lofty goal - some cases have been open for decades.

But with fresh scrutiny under the leadership of

former CRPD Captain Jeff Mellgren and J.D. Smith, a retired special agent for the Iowa Division of Criminal Investigation, it's possible the team will find answers to some, if not all, of the crimes.

They'll be able to take advantage of new technologies and tools unavailable to investigators when many of the cases were fresh.

They'll be able to devote the time and talent these cases require without diverting precious police resources from new and emerging cases.

Cold case review teams in other communities have been successful in solving cases that, necessarily, have been put on the back burner as detectives struggle to keep up with the task of investigating more current crimes.

Graham said he has wanted for years to establish the cold case team, but it took time to put the pieces together. We're glad he did.

Solving some of these brutal crimes will do more than hold violent criminals responsible,

it will help bring closure to

victims' loved ones, some of whom have been waiting for years - even decades - for justice. 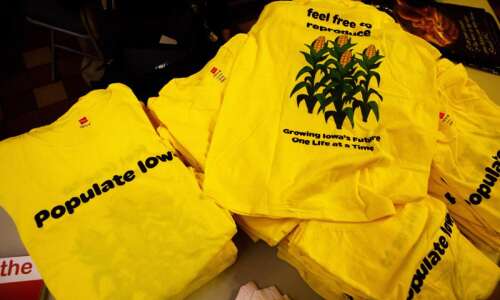